Randy Benson's career in the health field took him to Washington state. He retired in 2015. 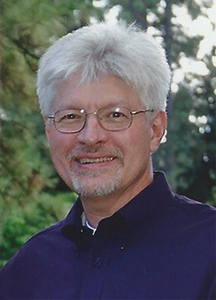 “The thread that ties my entire career together is the time I spent at Wayne State College. The biology department’s confidence in me, my love of the science, and the rewards of teaching were guiding beacons for my career. The size of college or university you choose to attend is not what matters; it is the quality of the school, the courses that are taught, and the commitment of the faculty to you and your goals that really matter.” - Randy Benson '70

Randy Benson graduated from Wayne State College in 1970 with a bachelor’s degree in biology, with the goal of becoming a physician. During his junior year, he started to assist professors in the labs, and continued to do so as a senior. When his professors started allowing him to teach portions of the labs, he lost his interest in medicine and got hooked on teaching.

Upon graduation, Benson accepted a teaching position at Giltner. After three years of teaching, Benson started graduate school at the University of Nebraska-Lincoln to become a microbiologist.

After completing his master’s in pathogenic bacteriology at UNL, Benson accepted a biology and chemistry teaching position at Platte College in Columbus. Three years later, he went back to UNL to work on his Ph.D. and got a job teaching at Nebraska Wesleyan University.

“Two of my greatest dreams were about to come true, getting a doctorate and teaching at the university level,” Benson said. “One of the students in my first micro class at Wesleyan was a young woman, who was to later become my wife.”

Benson received his doctorate in virology and environmental microbiology in 1981, and his wife, Judy, graduated from the University of Nebraska Medical Center in 1983.

In 1983, Randy and Judy moved to Spokane, Wash. Benson took a position as the Director of Staff Education for one of Spokane’s hospital corporations and was promoted to corporate Vice President for Safety, Quality, and Infection Control in 2003. In 2008, he accepted a position as Chief Executive Officer of the Rural Healthcare Quality Network, a network of 37 critical access hospitals in Washington.

During this time, Benson also taught a portion of the medical microbiology class at the University of Washington School of Medicine in Spokane. In 2013, his daughter was in his class. Benson was able to teach both his wife and daughter the microbiology they needed in order to become successful physicians before retiring in 2015.