A total of 296 degrees will be awarded to undergraduates and graduates at the commencement ceremony Friday, Dec. 16. Laura Robinett '13 will receive the Alumni Achievement Award.

Wayne State College will hold a commencement ceremony for graduate and undergraduate students at 1:30 p.m. Friday, Dec. 16, in Rice Auditorium. A total of 296 degrees will be conferred. Those students receiving their degrees include 203 undergraduates and 93 graduate students from the college’s Master of Science in Education, Master of Organizational Management, Master of Business Administration, and Education Specialist programs. The ceremony will be livestreamed at www.wsc.edu/watch-live.

Pfund was on the Deans List for four years while active with Kappa Delta Pi, the International Honor Society in Education, and the Newman Center.

Pfund joins her mother, Sonya, her sister, Brittany Garthoff, and her brother-in-law, Jared Garthoff, as a Wayne State graduate.

Halle Hiemstra, Commencement Address
Halle Hiemstra of Wahoo, Neb., will deliver the undergraduate commencement address. She is graduating with a degree in Business Administration with a concentration in Marketing. She is the daughter of Kirk and Amy Hiemstra.

Hiemstra was a Neihardt Scholar, one of Wayne State’s marquee scholarship programs, and was a member of the Wildcat Academy of Leadership and Knowledge (WALK) and the Honors Program.

She served as a Wayne State Navigator as part of the team of students who work for the Admissions office, and was active with the Newman Club and Wildcat PR, the student public relations club.

Hiemstra said she plans to enter the workforce in Lincoln this spring. She and her fiancé, Tommy Benes, plan to marry in March and hope to do mission work together for a few years, starting in May 2023, before moving back to the Wahoo area near their families to fully pursue their careers.

Jesse Zavadil, Commencement Address
Jesse Zavadil of Schuyler, Neb., will deliver the graduate commencement address. He is graduating with an Education Specialist graduate degree in School Administration and Educational Leadership. He is the son of David and Barbara Zavadil of Crofton, Neb.

He plans to continue to serve as the Middle School Principal for Schuyler Community Schools. He said as his family grows, he hopes to someday apply for and serve as a superintendent of schools for a district in the state of Nebraska.

Zavadil’s wife, Brandi, is receiving her master’s degree in Secondary School Administration in today’s ceremony as well. Jesse and Brandi have two daughters: Reagan, 12, and Harper, 9. 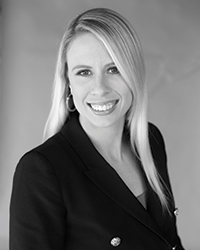 Laura Robinett will receive the Alumni Achievement Award during the ceremony. She graduated from Wayne State in 2013 with a bachelor’s degree in mass communications, with a journalism concentration and a double minor in art and online media. She is graduating with her Master of Business Administration (MBA) degree during the ceremony.

After earning her bachelor’s degree, she started a portrait and event photography business in Wayne, LMB Visual Creations, and at the same time returned to Wayne State to work in the Departments of Art & Design and Music as an office assistant. She was hired as the director of alumni relations with the Wayne State Foundation in 2016, where she developed her passion for philanthropy in higher education. She served in that position for four years before being promoted in 2020 to director of major gifts within the foundation.

After five and a half years at the Wayne State Foundation, she was hired as the vice president for institutional advancement for Midland University in September 2021, a private liberal arts college in Fremont, Neb. In this role, Robinett sits on Midland’s senior leadership team and leads the development of the strategic plan for advancement, alumni relations, and annual giving initiatives, and executes fundraising for a comprehensive capital campaign. She also earned the designation of certified fund-raising executive this year.

Robinett is an advocate for volunteerism and giving back to the community. While in Wayne, she served as the secretary for the Wayne Area Economic Development Board of Directors, and was a member of the Wayne Kiwanis Club, Wayne Young Professionals, and member of two committees within the Wayne Chamber of Commerce. She currently serves as a board member for the Greater Fremont Development Council, and a member of the planning committee for the ELCA College & Seminary Advancement Vice Presidents Annual Conference.

Originally from rural central Nebraska and a graduate of Chambers High School, Robinett is the daughter of Jim and Jennifer Burtwistle. She and her partner, Ryan Jensen, live north of Lincoln.