Featuring films by students in WSC's electronic media and film programs, as well as films created by Dr. Mike White. 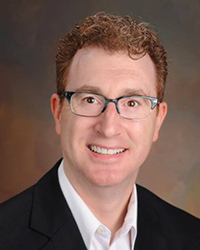 The Wayne State College electronic media and film programs host a red carpet film event Tuesday, Sept. 14, at the Majestic Theatre in Wayne, Neb. The event features two new student films, a student film encore, and a faculty film encore. This event is free and open to the public. A question-and-answer session follows each film.

"The Red String of Fate" was written by Griffin Presnell of Lincoln, Neb., produced by Nathan Reiland-Smith of Sioux Falls, S.D., and directed by Ally Boyd and Griffin Presnell. The storyline is based on the Japanese legend of the red string. When a boy discovers he is tethered to a girl by fate, he struggles with his feelings and ridicule by his schoolmates.

An 8:30 p.m. encore presentation of "A Day With Lily," produced by Dr. Michael White, assistant professor of communication arts, and Hagerdon, concludes the evening. White also wrote and directed the film. "A Day With Lily" portrays a young career woman who confronts her history as an abused child when she must care for a 5-year-old child. The film won Best Screenplay and the Award of Achievement for Best Actress at the 2021 Iowa Motion Picture Awards.