John Paul McCaughey is an assistant professor of print media at Wayne State College. In 2010. McCaughey received his BFA in printmaking from Rhode Island College and then his MFA from The Ohio State University in 2012. He has held several academic positions and attended residencies at the Virginia Commonwealth University in Virginia and the Lawrence Arts Center in Kansas. He led the University of Central Arkansas Printmaking Department as a visiting assistant professor from 2014 to 2015 and then moved back to his hometown to teach drawing and design courses at his alma mater. During his time there, McCaughey became co-director of the Chazan Family Gallery on campus and advisor for both the Art and Printmaking Clubs. Then in 2019, McCaughey acquired sponsorship from Speedball Artist Supplies, a partnership that keeps him busy performing demonstrations and workshops around the country.

McCaughey is an interdisciplinary artist specializing in print, collage, and digital media. Distressed buildings and defaced structures became the early inspiration for his work. He is attracted to the walls of the city for their visual and textural properties, the cracks, chipping paint, poorly removed graffiti, and flashy advertisements. This collaboration between man and nature became the inspiration for his artistic process. The acts of painting, sanding, collage, and decollage are ways of developing history and visual texture in the work. McCaughey is especially fond of the screen-printing process which aids in quickly developing a mass of colorful and textural diverse collage material that he can layer into his compositions. He draws inspiration from several mid-20th-century artists such as Villege, Warhol, Richter, Twombly, and Rauschenberg. In his work, McCaughey aims to blur the line between organic, manmade, and the digitally produced to create visually balanced and texturally complex compositions.

Teaching art is a uniquely complex endeavor. How does one teach somebody to be creative? In such a subjective field of study, how do we determine the value of our work? The role of the teacher exists not just in technical instruction and reciting theory, but as a guide through the journey of finding one’s artistic voice. Students must feel comfortable with asking questions, with experimentation, and the possibility of failure. McCaughey often suggests artists to research, plans trips to local museums and galleries, recommends relevant readings, and facilitates subsequent discussions. These are typical, yet important, responsibilities of the instructor. Similar to other fields, art students ought to develop critical thinking, writing, and problem-solving skills that will benefit them in and beyond the studio. Being aware that learning is a process that never ends and having an open mind are essential to not only this profession, but life in general. 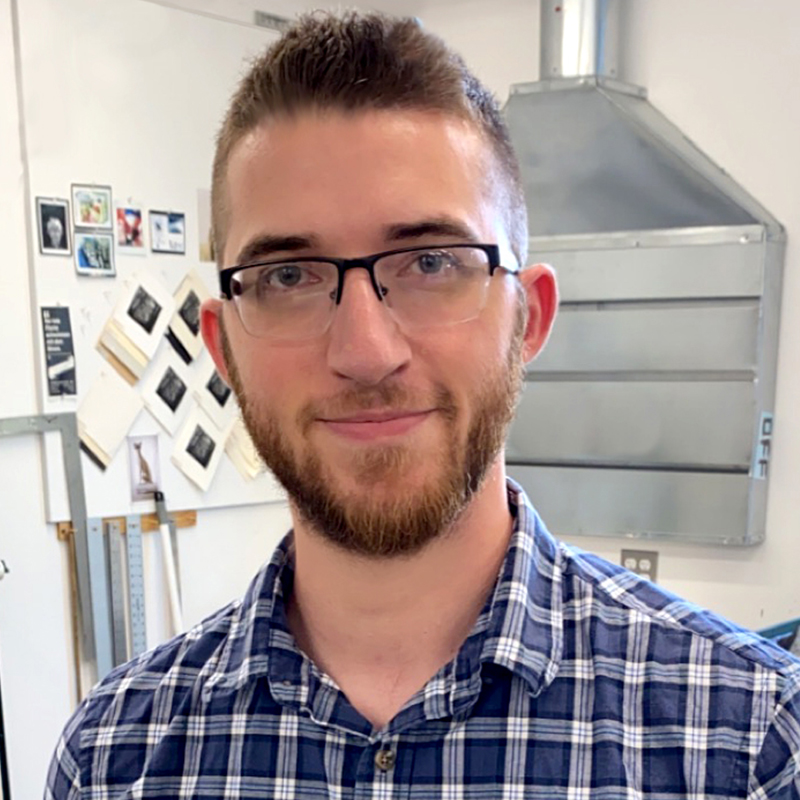