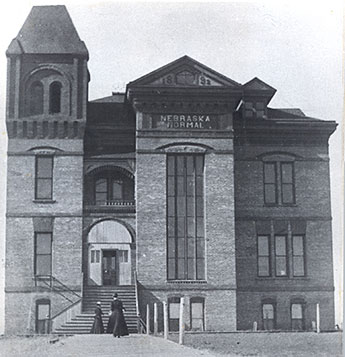 Wayne State College began because citizens of the city of Wayne committed substantial time and resources to establishing a college in their community. The college has provided services and programs that enrich the lives of individuals and communities throughout the region, but most importantly it has provided an access to quality and affordable higher education to people who otherwise might not have had that opportunity. The admissions staff is here to answer all your questions!