Readings will begin at 2 p.m. Nov. 18 on the second floor of the Humanities Building. Following will be Poetry Slam 43, beginning at 7 p.m. at the Max Bar and Grill. 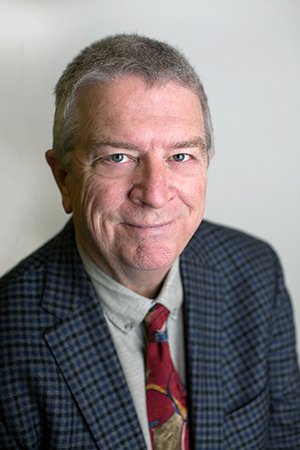 Wayne State College’s Language and Literature Department, the School of Arts and Humanities, and the WSC Press are pleased to hold this fall’s Plains Writers Series on Thursday, Nov. 18, 2021. The Plains Writers Series is held several times a year to bring attention to the prose and poetry of Great Plains writers through reading and interacting with area audiences.

This Plains Writers Series will feature Richard Robbins, author of "Body Turn to Rain: New & Selected Poems," published by Lynx House Press in 2017. The readings will begin at 2 p.m. in the lounge on the second floor of the Humanities Building at Wayne State College.

Following the Plains Writers Series will be Poetry Slam 43. The slam will be held at the Max Bar and Grill in downtown Wayne, Neb., starting at 7 p.m., with registration starting at 6 p.m. Slam participants need four original poems and pay a $5 registration fee. All events are free and open to the public.

For more information about the events, please go to wscpress.com or contact Chad Christensen, WSC Press Managing Editor, at 402-375-7118 or wscpress @wsc.edu.

Richard Robbins has published six books of poems, most recently "Body Turn to Rain: New & Selected Poems," which Lynx House Press released in 2017. He has received awards from The Loft, the Minnesota State Arts Board, the National Endowment for the Arts, and the Poetry Society of America. From 1986 to 2014, Robbins directed the Good Thunder Reading Series at Minnesota State University Mankato, where he recently retired from the creative writing program.