Wayne State alum Carol Durkee graduated with a degree in health and physical education but went on to have a successful career with the Federal Bureau of Prisons. 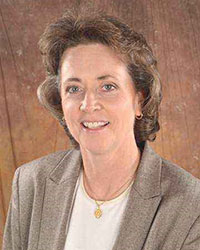 Carol Durkee graduated from Wayne State College in 1984 with a bachelor’s degree in health and physical education. After graduating, Durkee worked in Norfolk, Neb., while pursuing a full-time teaching position. However, it was close friends at Wayne State who introduced her to what would become her passion and a very rewarding career.

While searching for a full-time job, Durkee’s good friend and WSC women’s basketball teammate Patricia Carney ’84 introduced her to the Federal Bureau of Prisons (BOP), where Patricia’s brother and two sisters, Dan Carney ‘75, Kathleen Carney ‘83, and Candace Carney-Unger ‘84, were also working. After learning more about the BOP and various employment opportunities, Durkee applied and was hired in 1986 as a correctional officer at the Federal Correctional Institution in Texarkana, Texas.

“This was at a time when there were very few female correctional officers,” Durkee said. “It was an exciting opportunity to get in the door and have the ability to move into other occupations later within the agency.”

The Federal Prison System experienced unprecedented growth during this time, and Durkee received several promotions. She held additional positions of increasing responsibility over the course of 32 years, including budget analyst, accountant, budget and accounting officer, and regional budget analyst for the Mid-Atlantic Regional Office.

In 1998, Durkee became the Deputy Chief of the Budget Execution Branch in the Administration Division of the Federal Prison System in Washington, D.C., and three years later took over as Branch Chief. As the BOP’s primary resource officer, she is responsible for the coordination, development, and overall management of the agency’s recourses, which presently total more than $7 billion, at all levels of the BOP’s organizational structure. She represents the BOP at high-level budget meetings, prepares high-level correspondence for the agency, and participates in work groups, projects, and training programs as an adviser for resource allocation purposes (funding and staffing).

“When I started working for the BOP, there were around 40 federal prison facilities. Today we have 122,” Durkee said. “This has been a fascinating career. I have had the opportunity to learn so much about correctional management and re-entry-related programs for offenders. There are so many terrific career opportunities within the BOP. I would highly encourage college graduates to consider the BOP for potential future career. It’s been wonderful for me.”

Durkee’s exceptional performance and strong work ethic have earned her numerous accolades throughout her tenure, including Under Secretary of Defense Award for Excellence, Letter of Commendation from Attorney General Loretta Lynch, and the BOP Director’s Special Recognition Award, among others. She is considered a subject matter expert on the cost of incarceration. 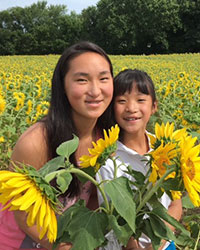 Durkee has two children, Emily Lin, 15, and Claire Lian, 11, both of whom she adopted from China. She enjoys being involved in her daughters’ activities and said they are the joy of her life. Additionally, Durkee is involved in her community as a volunteer youth coach with area non-profit youth sports organizations and helped establish a competitive girls’ basketball travel team, on which Emily plays. She also gets involved with activities at her church and the parish school where Claire attends.

Durkee loves living on the east coast and said she has always used her education from Wayne State and her ability to teach in her career.