"Advances in the Study of Siouan Languages and Linguistics" will be published by Language Science Press. 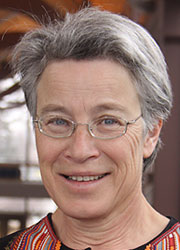 Dr. Catherine Rudin, who teaches linguistics and foreign language methods at Wayne State, has co-edited the forthcoming book, Advances in the Study of Siouan Languages and Linguistics, to be published by Language Science Press.

The Siouan family comprises some 20 languages, historically spoken across a broad swath of the central North American plains and woodlands, as well as in parts of the southeastern United States. In spite of its geographical extent and diversity, and the size and importance of several Siouan-speaking tribes, this family has received relatively little attention in the linguistic literature and many of the individual Siouan languages are severely understudied. This volume aims to make work on Siouan languages more broadly available and to encourage deeper investigation of the myriad typological, theoretical, descriptive and pedagogical issues they raise.

The 17 chapters in this volume present a broad range of current Siouan research, focusing on various Siouan languages, from a variety of linguistic perspectives: historical-genetic, philological, applied, descriptive, formal/generative and comparative/typological. The editors’ preface summarizes characteristic features of the Siouan family, including head-final and “verb-centered” syntax, a complex system of verbal affixes including applicatives and subject-possessives, head-internal relative clauses, gendered speech markers, stop-systems including ejectives, and a preference for certain prosodic and phonotactic patterns.

Rudin also maintains the Omaha and Ponca Digital Dictionary, a long-term project funded by the National Science Foundation and National Endowment for the Humanities.