Graduates from each of the college's four schools are honored each year during Homecoming as Outstanding Alumni in their chosen fields.

School of Arts and Humanities 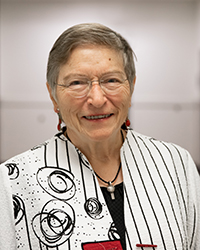 Mary Haas graduated from Norfolk High School in Norfolk, Neb., attended Northeast Community College, and continued her college education at Wayne State, receiving a bachelor’s degree in art education in 1992 and a Master of Science in education in 2001.

Haas is a certified senior art clay instructor and loves to make jewelry, knit, and garden in her free time.

School of Business and Technology 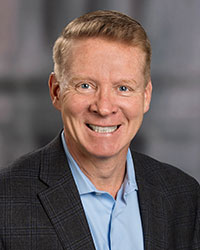 Larry Guenther is the Nebraska market executive for JPMorgan Chase. He is responsible for delivering global resources of JPMorgan Chase to Nebraska, and he established the firm’s first commercial banking office in Nebraska in 2017. During his 30 years in banking, Guenther has been involved with a variety of financings and mergers and acquisitions (M&A) transactions across a broad array of industries throughout the Midwest.

After graduation, he began his commercial banking career in Blair, Neb. His affection for the M&A world started by completing his best merger to date – marrying his college sweetheart, Traci Van Meter ‘92, a computer science graduate and Delta Sig. He completed his MBA in finance at the University of Nebraska-Omaha and headed east with career stops in Iowa and Illinois over the next 10 years. In Illinois, he worked for Bank One, which would one day merge into JPMorgan Chase.

In 2003, the Guenthers returned to Nebraska to raise their two daughters among family and friends. His career advanced to the field of regional commercial banking, managing clients in multiple states throughout the Midwest. In 2008, he was named the Omaha business banking manager for Great Western Bank to oversee three banking teams and help GWB successfully complete the acquisition and integration of the largest failed bank in Nebraska history.

Throughout his career in commercial banking, Guenther has always placed a high priority on community service. He currently sits on the State Board of Community Health Agencies Drive (CHAD) and the State Board for the Alzheimer’s Association, where he has served as chair for both the Omaha and Central Illinois chapters. Guenther also sits on the Board of the Nebraska Chapter of Financial Executives International and is a member of ACG-Nebraska. He is a longtime member of Rotary International and remains on the finance committee for St. Charles Borromeo Church. 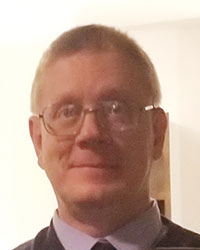 Joseph Guenther’s career has spanned more than 30 years in the financial services industry in Nebraska and Iowa.  Currently, he works as a recovery representative in the First Bankcard Division of First National Bank of Omaha and serves as the company’s liaison with various legal teams working on behalf of the bank. FNBO is the largest privately held bank in the US.

After completing a Bachelor of Science in business administration (finance) in 1988, he began his banking career as a management trainee for the Lauritzen Corporation at their bank in Sibley, Iowa. Over the next five years, his career took him to Niobrara and Fremont, Neb., before finally landing in Omaha in 1992. During this time, he held various positions including loan officer, ag loan officer, and farm inspector/manager.

In 1997, Guenther moved to the First Bankcard Division, which at the time was the largest division within First National of Nebraska. Also during this time, he successfully completed an Executive MBA from the University of Nebraska in 2002. He has held multiple roles over the last 20-plus years within the Bankcard Division including:  financial analyst, associate manager, and legal administrator. He’s been in his current role for 10 years and currently travels throughout the Midwest for the bank.

Guenther and his wife, Jody, were married in 2002 and have a son, John (JJ), who is currently attending Creighton Prep High School. His strong sense for investing in the communities he has lived in is evidenced by his 2018 Good Neighbor Award from the Aksarben/Elmwood Park Neighborhood Association. He has worked with a variety of non-profits over the years and currently is focused on educational events with Holy Cross and Creighton Prep. He is also a Deputy Grand Knight for the Knights of Columbus Council No. 11364. In a true testament to his love for speaking, he recently rejoined the Speakfirst Toastmasters Group to mentor young business professionals, a group that he helped found at First National in 1998.

School of Education and Behavioral Sciences 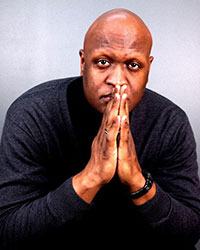 Barry Thomas is the Director of Equity and Diversity for Omaha Public Schools in Nebraska. Since he obtained his social science education degree from Wayne State College in 2002, he has also served OPS as a social studies teacher in the middle and high school levels as well as Supervisor of Social Studies. Additionally, Thomas has two master’s degrees in educational leadership and curriculum and instruction from Doane College.

Thomas has been extremely active during his time in the social studies community. Thomas has testified at the Unicameral in opposition to bills that would create barriers for Omaha Public Schools students to graduate. His insights and counsel were regularly sought after by state senators and Nebraska School Board members for issues related to social studies. He has twice been a lead member of a select group of educators that worked on revising and updating the Nebraska state standards for social studies. He served as president for the Nebraska State Council for Social Studies, a member of the Nebraska Advisory Council for National Geographic Society, and board member of the National Social Studies Supervisor Association (NSSSA).

Though new to his role as Director of Equity and Diversity, Thomas has wasted no time asserting policies, practices, and staff development to raise awareness of biases and discriminatory conduct in his school district. He has led community conversations about the legacy of racism in Omaha. Thomas served on the Great Plains Black History Museum Board and is also a member of the Empowerment Network’s Redefine the Game Institute and the Inclusive Community’s Lead Diversity inaugural cohorts. Thomas serves on multiple advisory boards such as UNMC Nursing Community Advisory Council for Equity, Diversity, and Inclusion, the Omaha Chamber of Commerce CODE Conference Planning Committee, NDE’s Equity Leaders, and Nebraska’s Diverse and Learner Ready Teacher initiative.

Thomas says he is grateful to have been able to represent Wayne State College along the way. 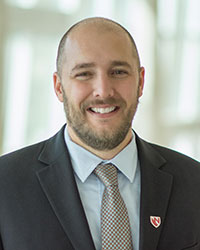 Dr. Brandon Grimm is a native Nebraskan and is committed to creating the conditions so that all communities can be healthy and thrive. Grimm received a bachelor’s degree in exercise science from Wayne State College in 2002, a master of public health degree from the University of Nebraska Omaha in 2005, and a Ph.D. in health promotion social and behavioral health in 2013 from the University of Nebraska Medical Center. Grimm is currently the Associate Dean for Public Health Practice and an associate professor in the Department of Health Promotion at the UNMC College of Public Health.

Grimm has been working in public health for more than 15 years and has been instrumental in enhancing the capacity of the current public health workforce, translating data into action, building mutually beneficial academe practice partnerships, and training the next generation of practitioners. In 2004, Grimm co-created the Great Plains Leadership Institute, which has graduated more than 300 public health professionals from Missouri, Iowa, Nebraska, Kansas, and South Dakota. In 2012, Grimm established the Office of Public Health Practice at the UNMC College of Public Health. Faculty and staff of the office have provided resources for technical assistance, evidence-based programing, assessment and evaluation, practice-based research opportunities, and student field placements that support and impact the public’s health in Nebraska, the region, and the globe.

Grimm’s research focuses on implementation sciences and the most effective models and approaches to build the capacity of communities to solve their most relevant and wicked public health issues. Additionally, Grimm is an expert in competency development, assessment, and evaluation. His relationships, critical thinking, and respect have led to Grimm becoming a recognized resource locally, regionally, and nationally. He sits on numerous boards and committees, is the past president of the Public Health Association of Nebraska, a current board member of the Sarpy Cass Health Department, and is the past recipient of the Balderson Award from the National Public Health Leadership Development Network and the Academic Public Health Practice Excellence Award from the Association of Schools and Programs of Public Health. 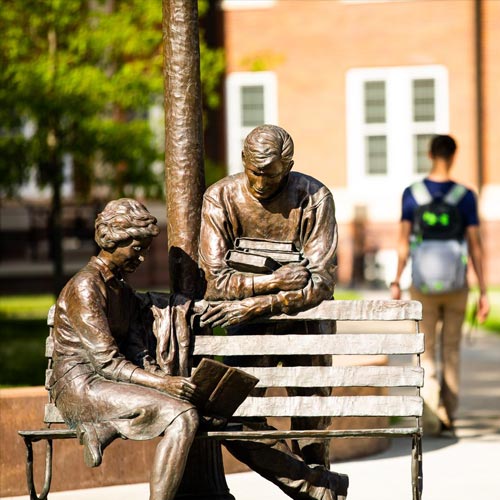